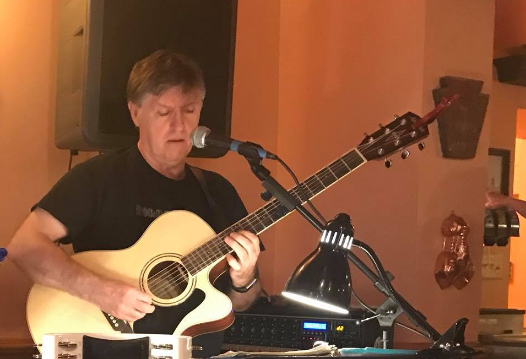 Chad Patterson is a Bedford, PA based Rock/Folk/Southern Rock/Blues acoustic artist. This is Rock and Blues with classic style. He has written over 50 songs. Chad is an accomplished guitarist and bassist who has been in  local and regional bands in the Tri-State area. He has been featured on several local radio and television shows.

He has shared the stage with Preach Freedom & Connect from Pittsburgh, Yarn from NYC and Voodoo Fix from Los Angeles at numerous Music Festivals. He has opened for Nitty Gritty Dirt Band and singer-songwriter Glenn Tilbrook from the British band Squeeze at the Hard Rock Cafe in Pittsburgh.

Currently his shows consist of acoustic versions of classic rock and blues from artists such as CCR, the Beatles, Eric Clapton and the Eagles mixing in a few of his original cuts from 8 albums.