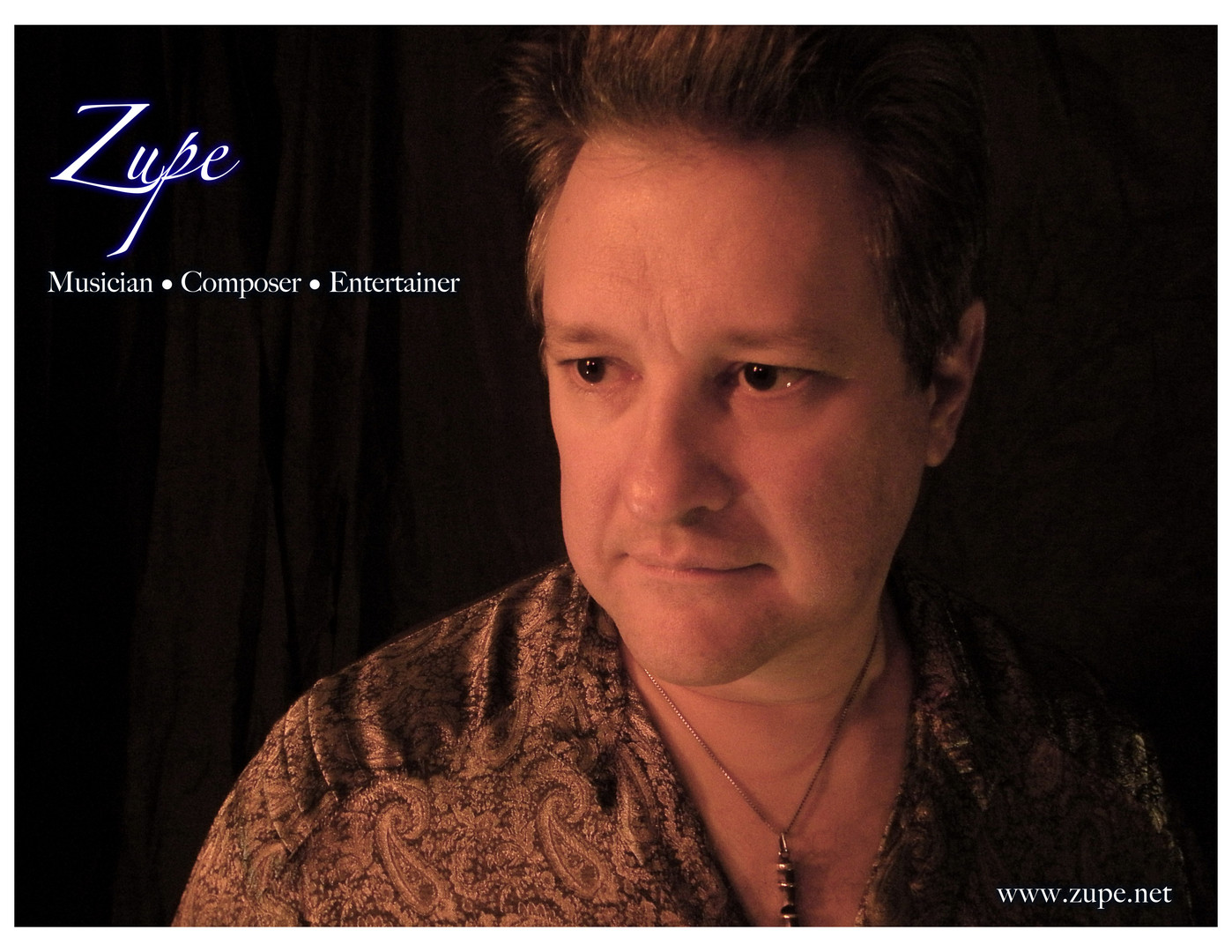 Show CANCELLED due to rescheduled fireworks!

Zupe back at The Lodge with his one man show!

Zupe is an award-winning composer and entertainer, currently residing in Windber, Pennsylvania. His one-man show consists of singing and playing piano (sometimes trumpet), to music that Zupe has pre-recorded himself, giving the audio illusion of an entire band on stage!  “Zupe continues to be one of this area’s top showmen,” writes Jim Price of Pennsylvania Musician Magazine.  “He’s one of the finest performers I’ve ever known,” says nationally recognized radio personality, Dick DeAndrea.

His original music can be heard on a variety of television programs, including “Dateline NBC,” “America’s Funniest Home Videos,” “The Middle,” and “General Hospital,” as well as a variety of shows on cable networks, such as A&E, Nickelodeon, MTV, and The History Channel.

In recent years, Zupe has become a leading voice in the production and performance of ballroom dance music. In the last year, alone, his ballroom venues have increased tenfold, while his annual ballroom dance performances, on Caribbean cruises, have exploded in popularity.

An excellent showman, musician, and composer who truly loves his audience and his life’s work.